The flora of Aride is one of the most natural of any Seychelles island. The most famous plant of Aride is the endemic Wright's Gardenia. More information about the plants of Seychelles can be found at the website of the Plant Conservation Action Group and the Seychelles plants gallery.

Detailed information about each endemic plant can be found via the button below the gallery. 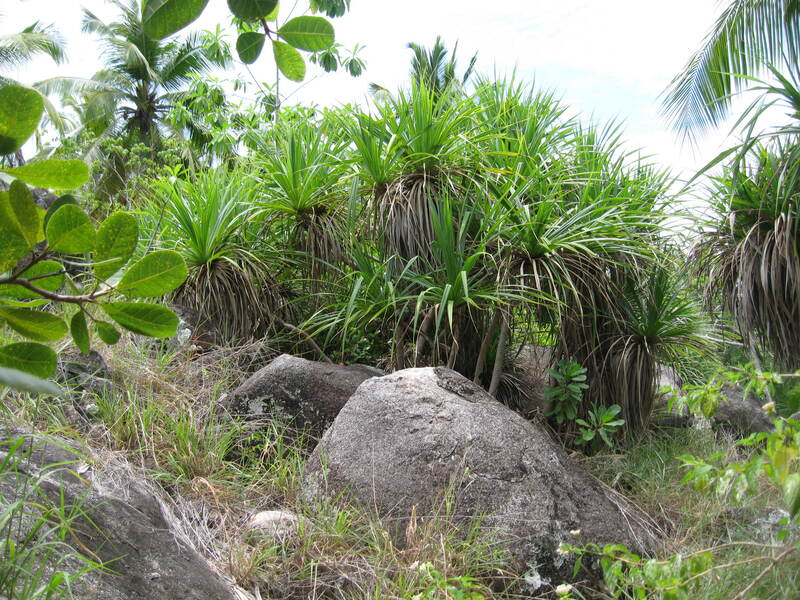 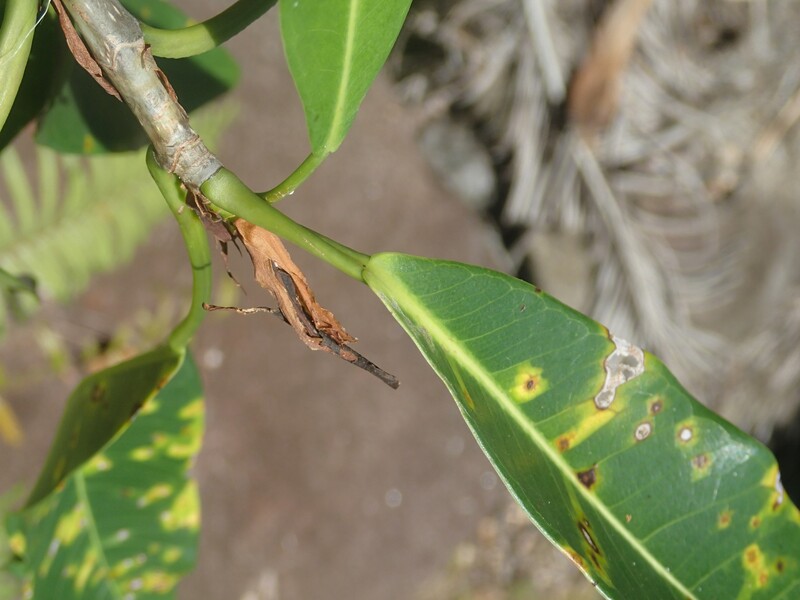 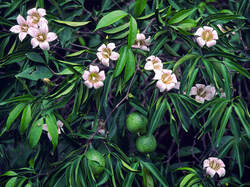 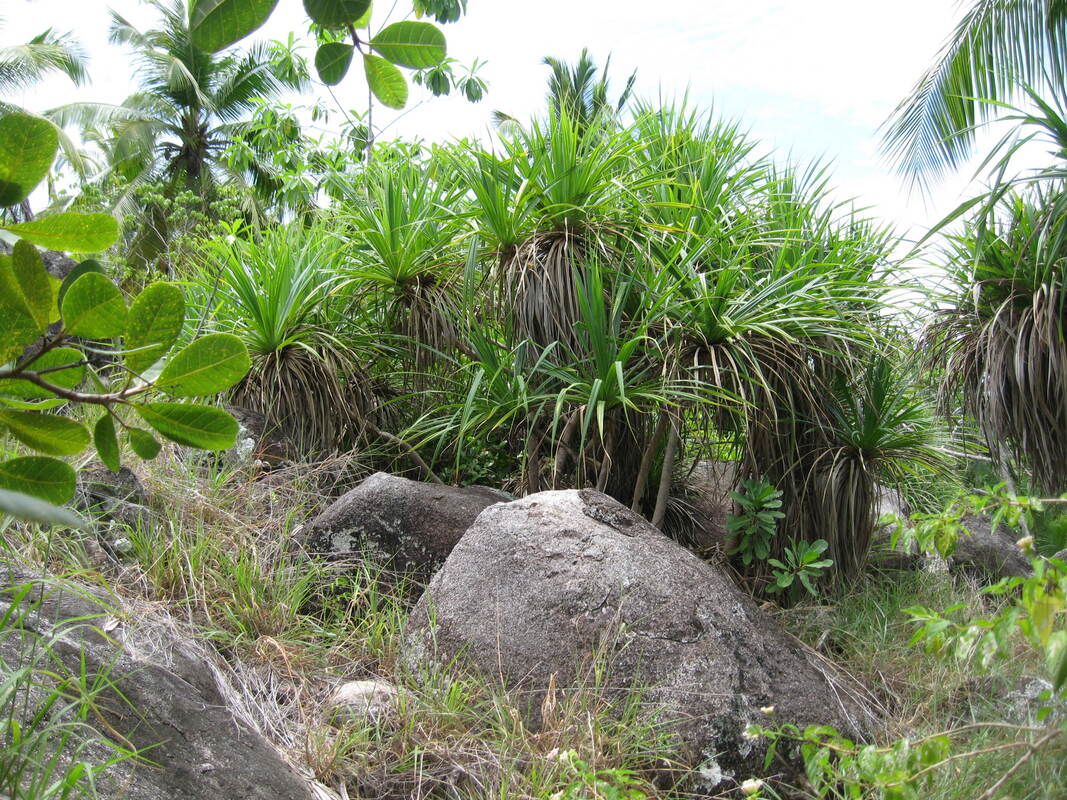 Balfour’s Pandanus Pandanus balfourii is a small (up to 8 metres) elegant tree with small supporting roots enabling it to grow in thin soils and at exposed locations. It is one of four screwpine species endemic to Seychelles, this name referring  to the spiral rosette of leaves. There are separate male and female trees and it will flower year-round. Pandanus fruits are edible, but their fibrous nature makes them a rather unattractive fruit. Because of this tough quality, in some part of the world they are used as a natural dental floss. They are also reputed to have medicinal properties and are used to treat everything from skin inflammation and sores to fish poisoning.
DID YOU KNOW?
The Creole name is Vakwa Bordmer. Vakwa appears to derive from the Malagasy ‘vacoa’ referring originally to the Common Screwpine Pandanus utilis, possibly brought to Seychelles by migrants from Indonesia to Madagascar. Bordmer means ‘ by the sea’, referring to its preferred habitat. 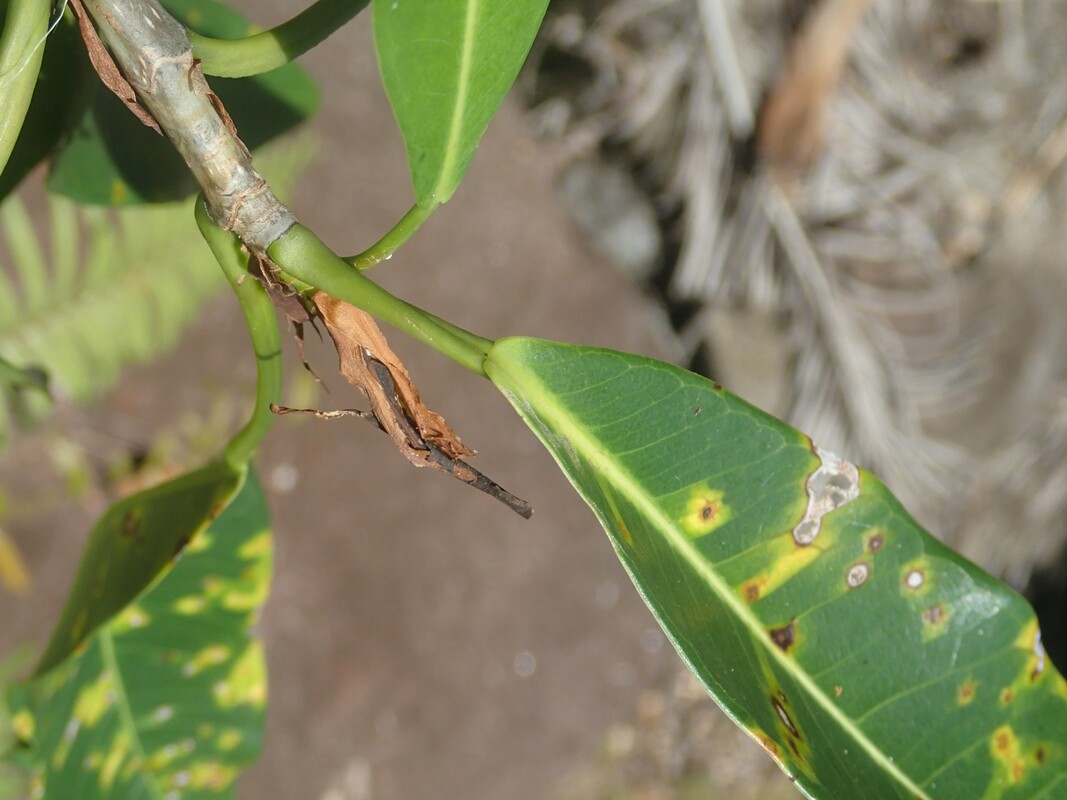 Seychelles Fig Ficus reflexa seychellensis is an endemic subspecies of a shrub that grows on exposed granite outcrops (or glacis). It flowers throughout the rainier months of November to April. The Creole name Lafous Pti Fey means ‘small-leaved fig’. It is classified by IUCN as Vulnerable.

DID YOU KNOW?
This fig is a speciality of the western Indian Ocean present at Madagascar, Comoros and the Mascarenes. A second Seychelles subspecies grows at Aldabra, F. r. aldabrensis. 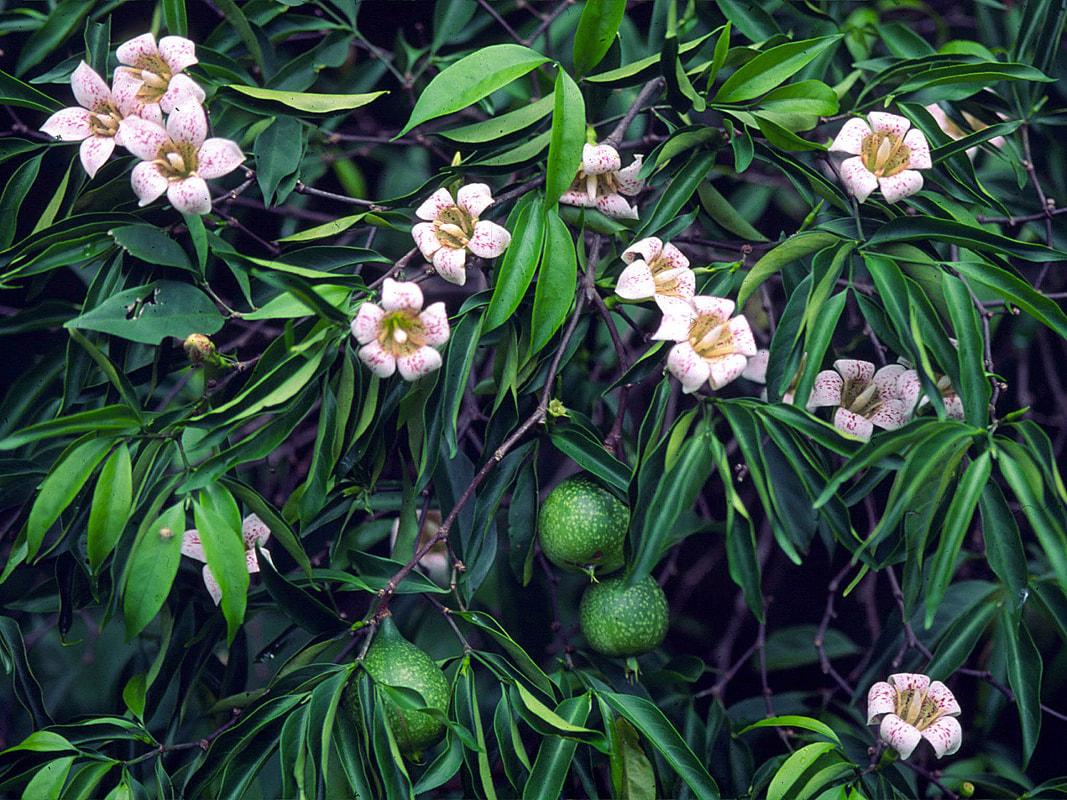 Wright's Gardenia Rothmannia annae used to occur on granitic islands including Mahe, Praslin, and Félicitè but disappeared after human settlement, possibly due to soil erosion following the felling of primary forest. In its natural state it now occurs only on Aride. It is a beautiful shrub that grows up to four metres in height. It bears solitary, trumpet-shaped white flowers with magenta spots that appear 10 days after heavy rain. These have a fragrant smell. It has been reintroduced to Mahe (in 1970), Praslin (1997), Félicité (2000), and Silhouette with mixed success. In 2012 IUCN upgraded its conservation status to Critically Endangered.
DID YOU KNOW?
The Creole name Bwa Sitron means ‘lemon tree’. The fruits are green, shiny and lemon-shaped but are inedible. The flower is one of the most beautiful of all Seychelles endemic plants and has featured in paintings, stamps and national currency. 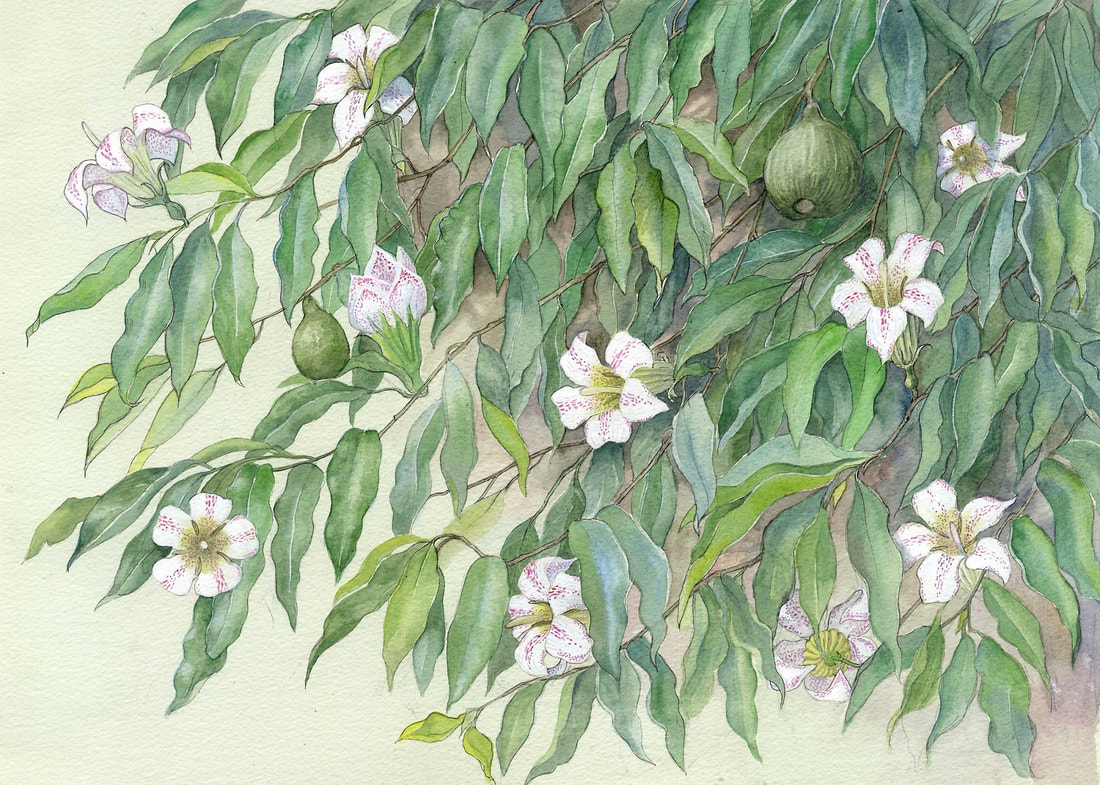 Click the images below to learn more about each species. 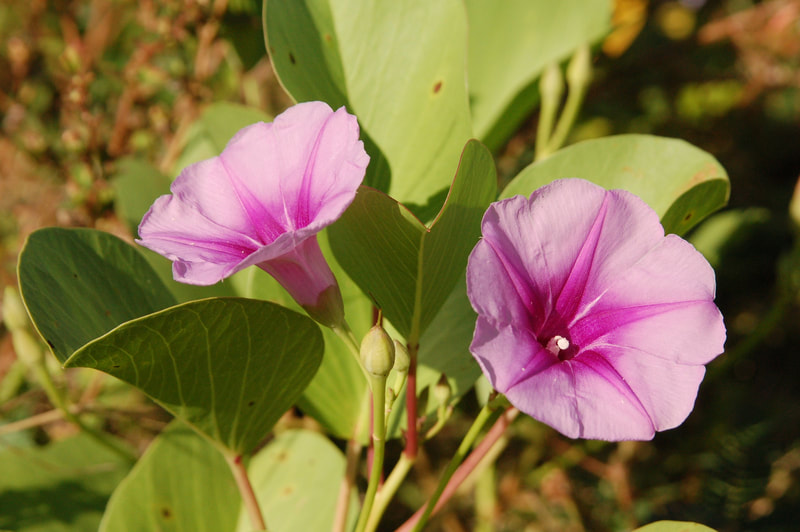 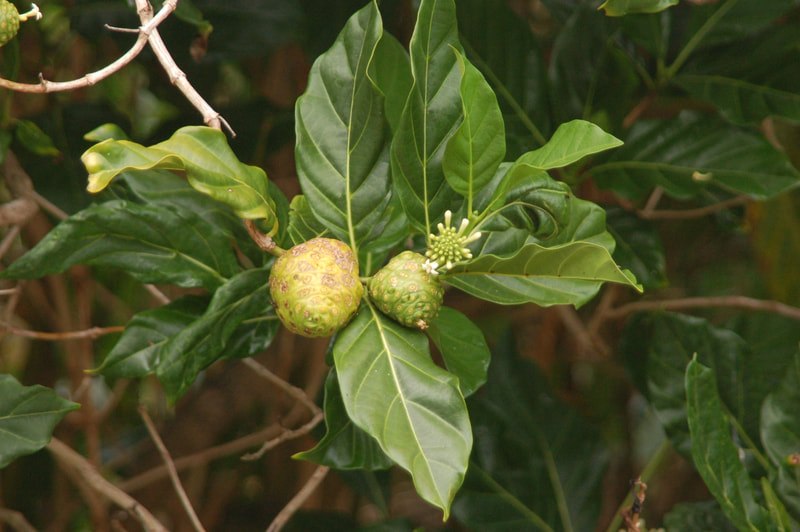 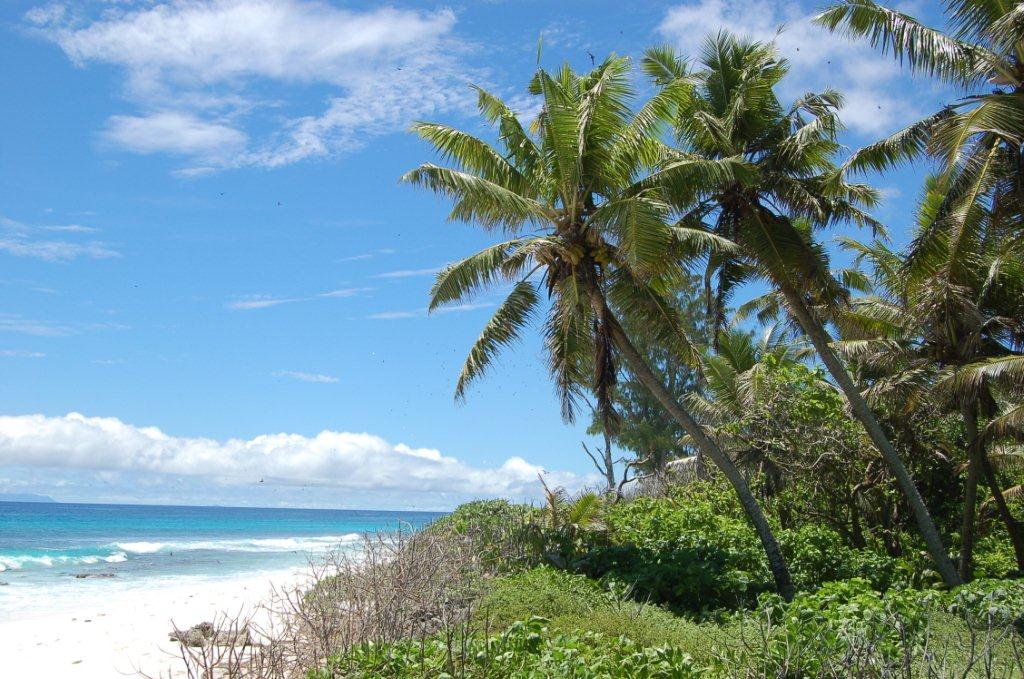 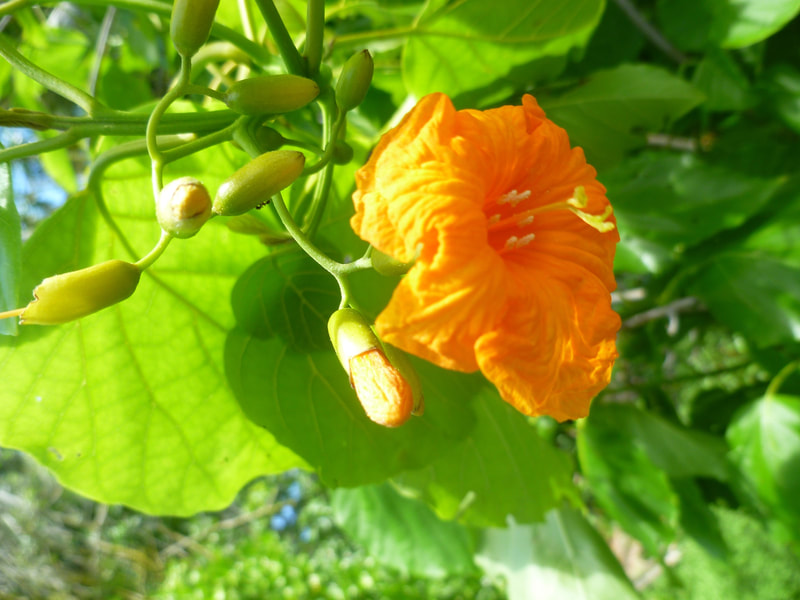 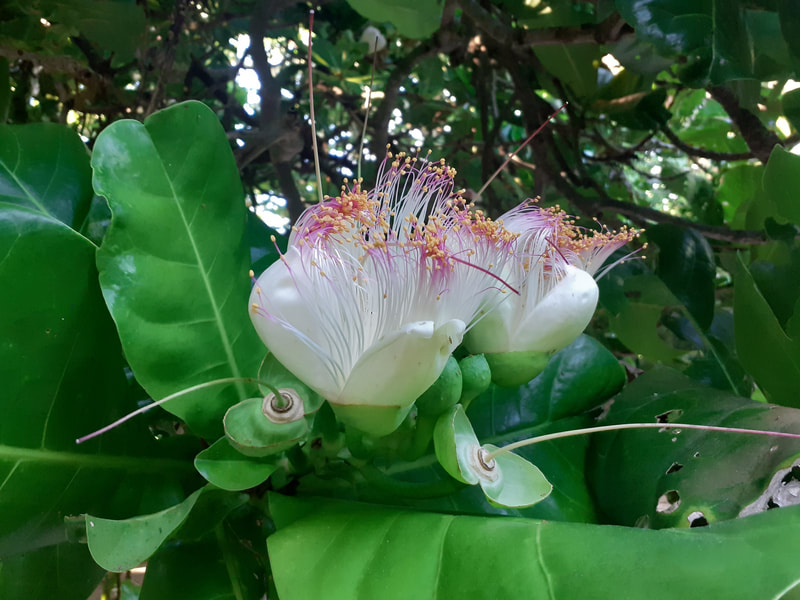 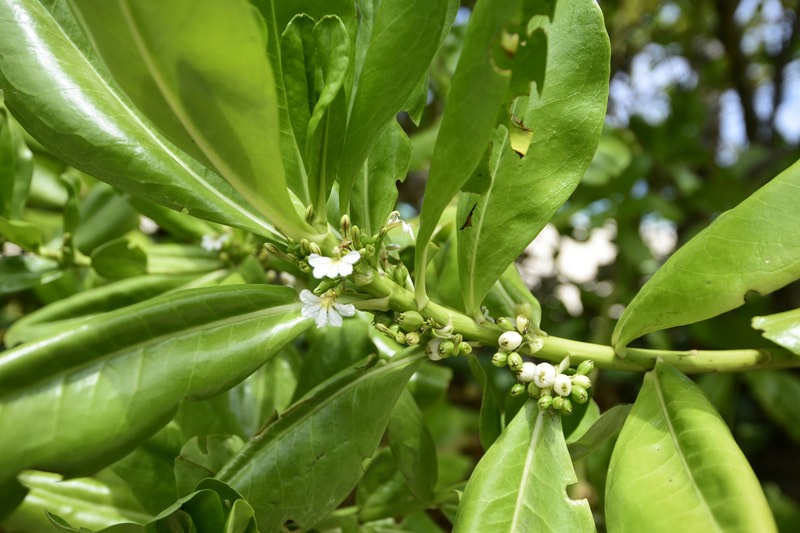 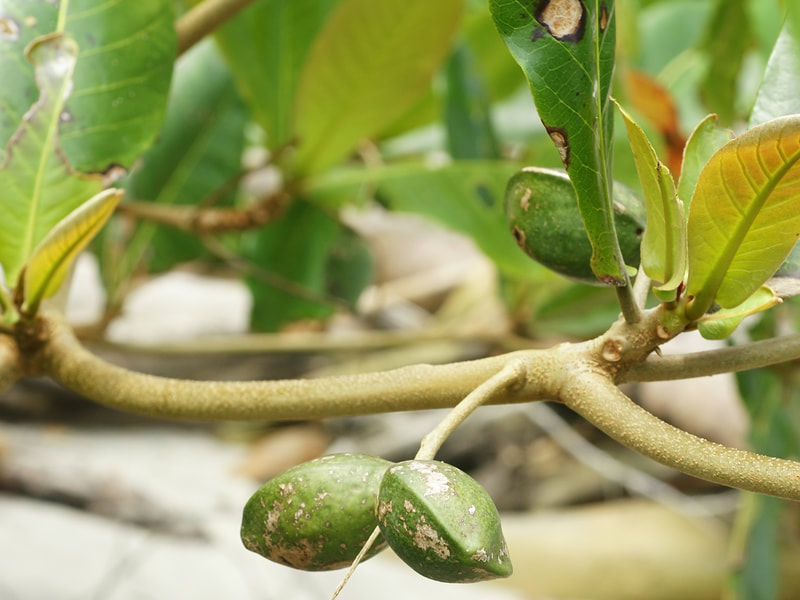 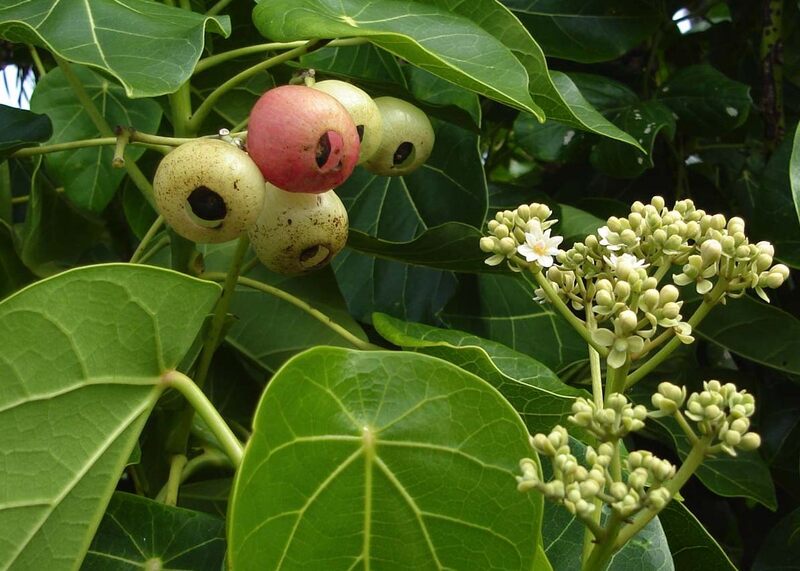 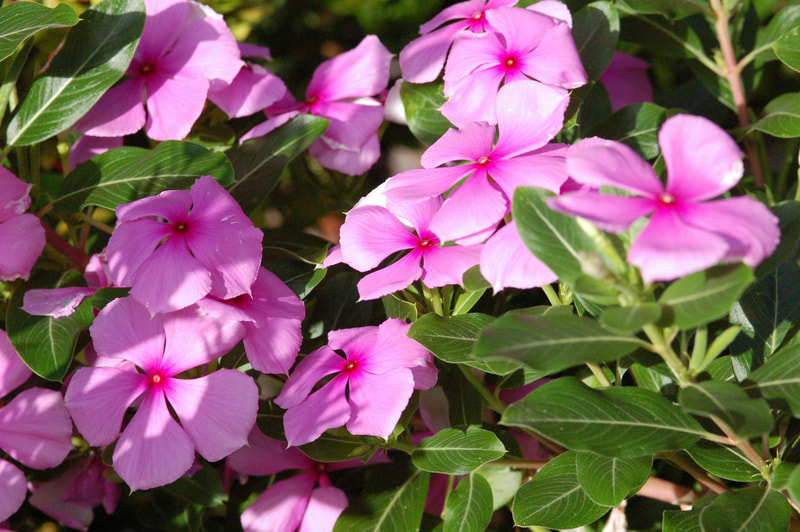 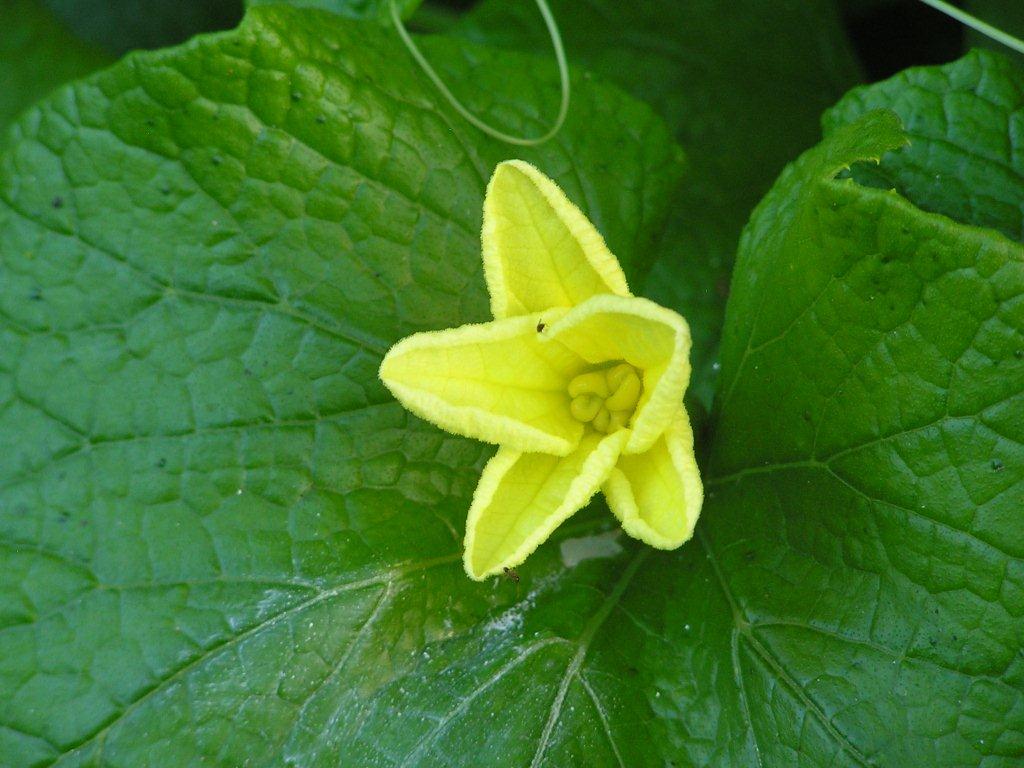 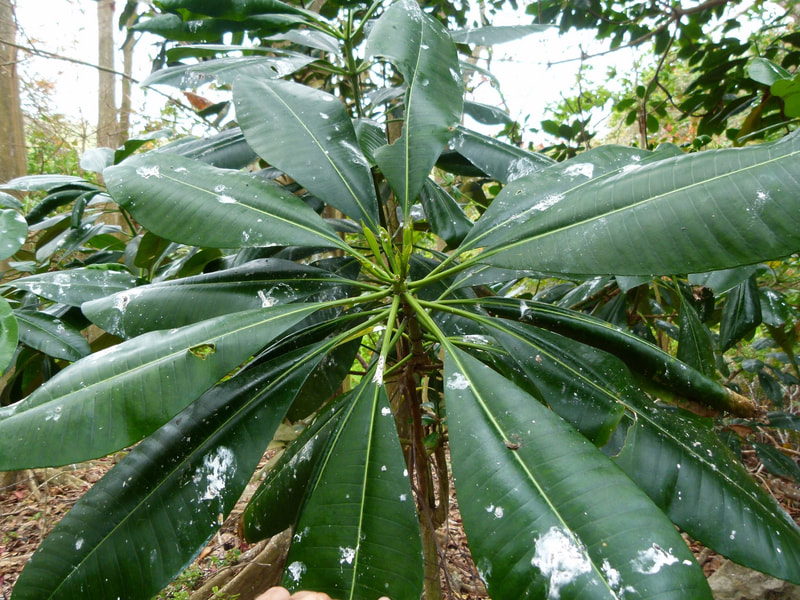 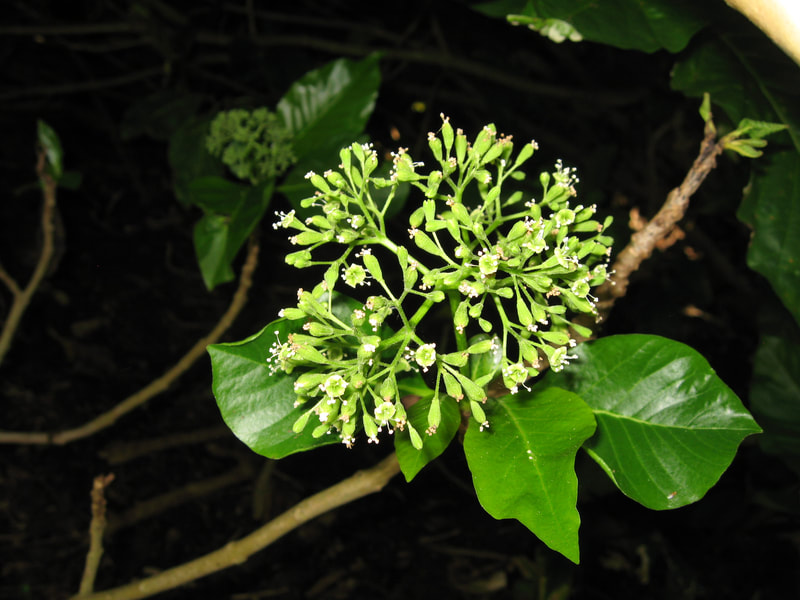 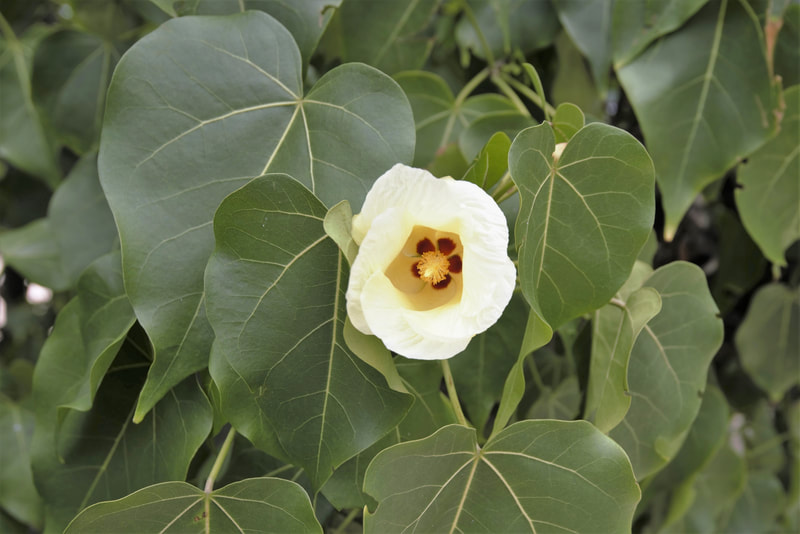 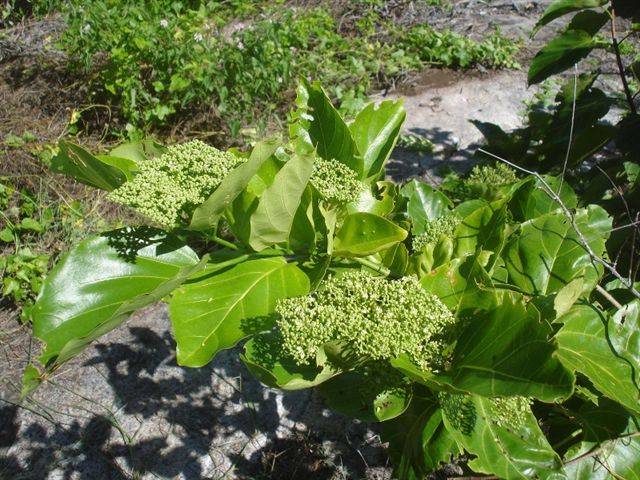 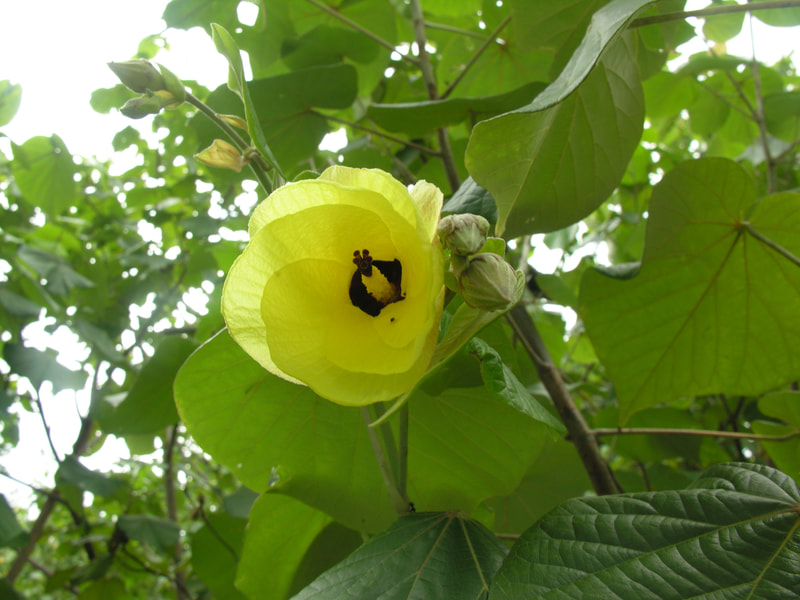 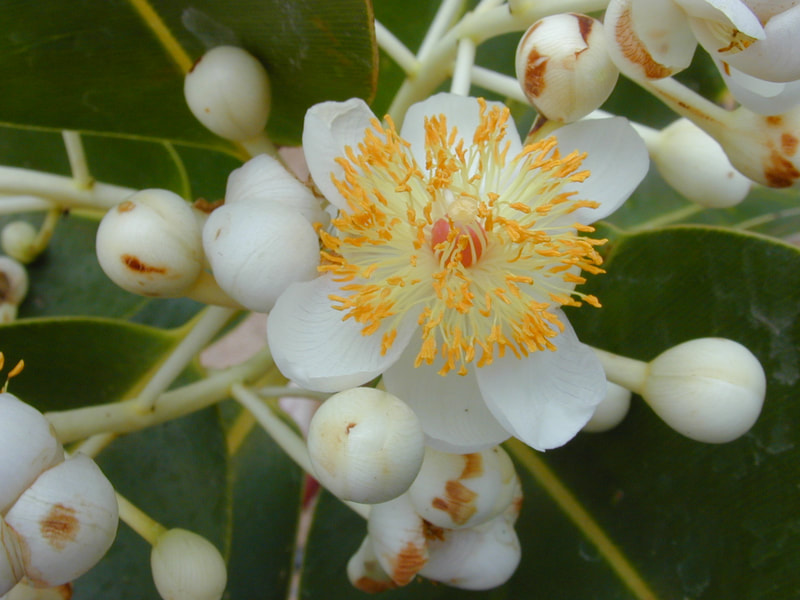 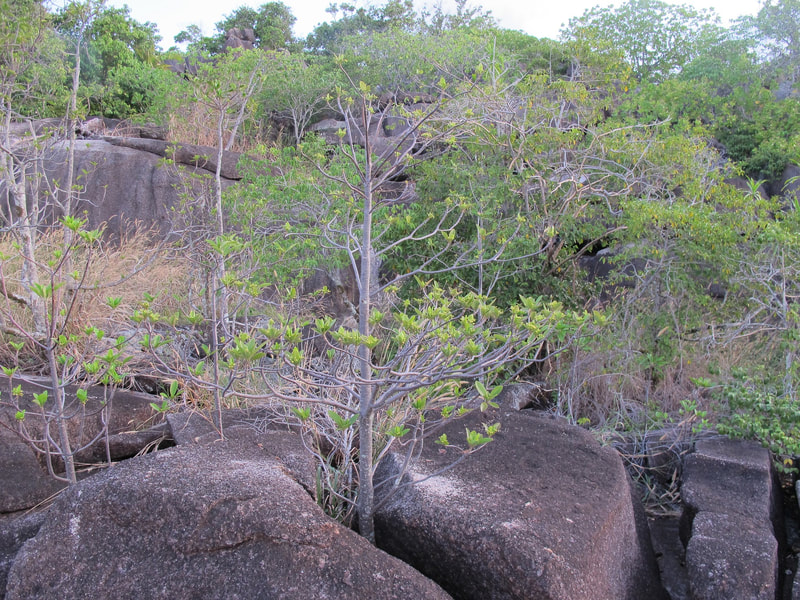 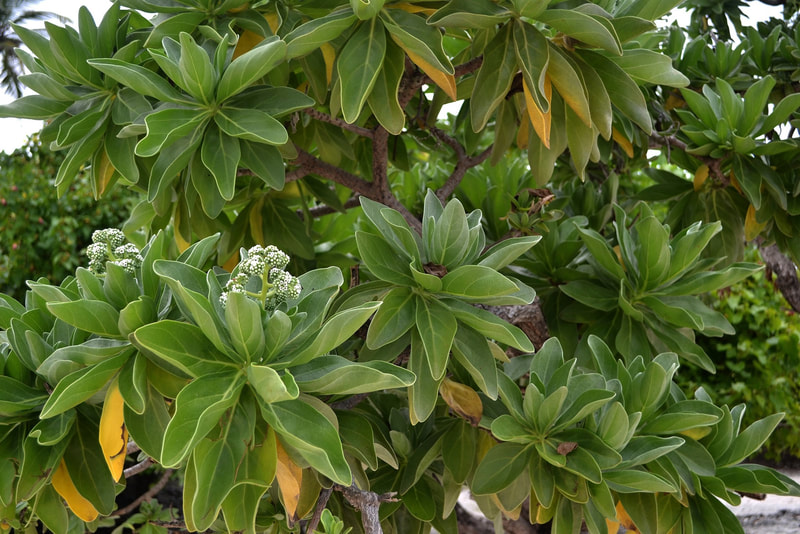