Five land birds endemic to Seychelles breed on Aride at the plateau and hillside habitats. Another five non-endemics breed and one invasive species occurs sporadically.

Detailed information about each species can be found via the button below the gallery. 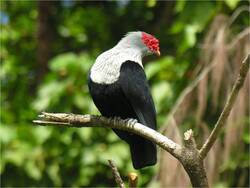 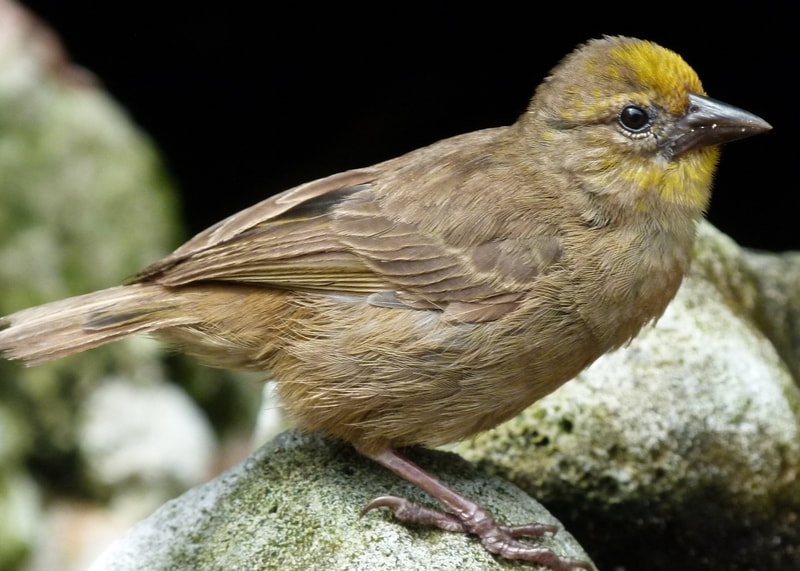 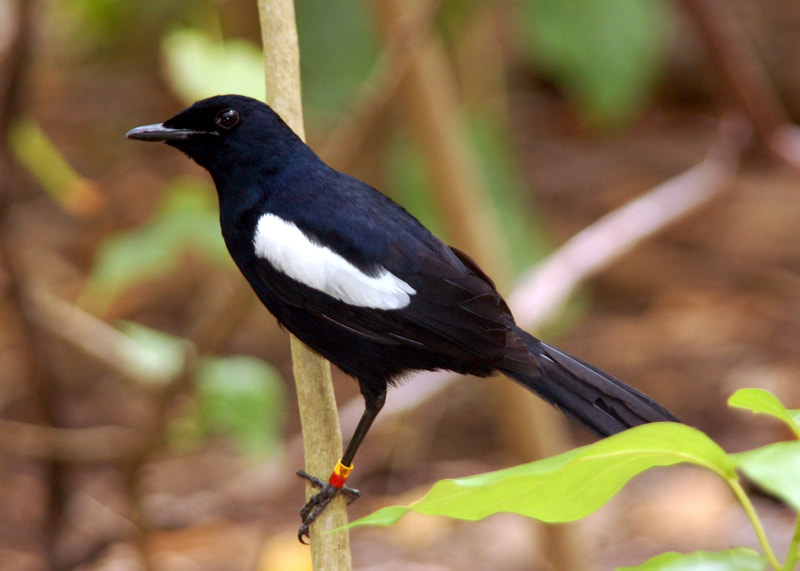 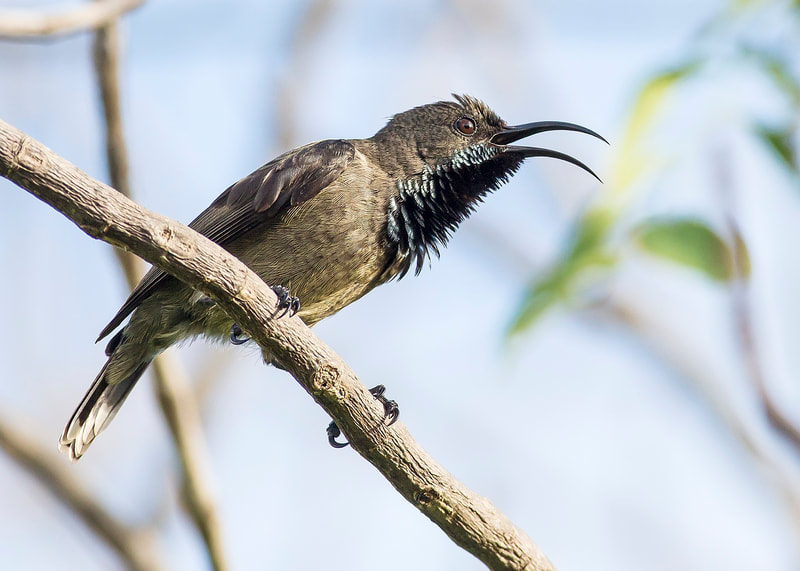 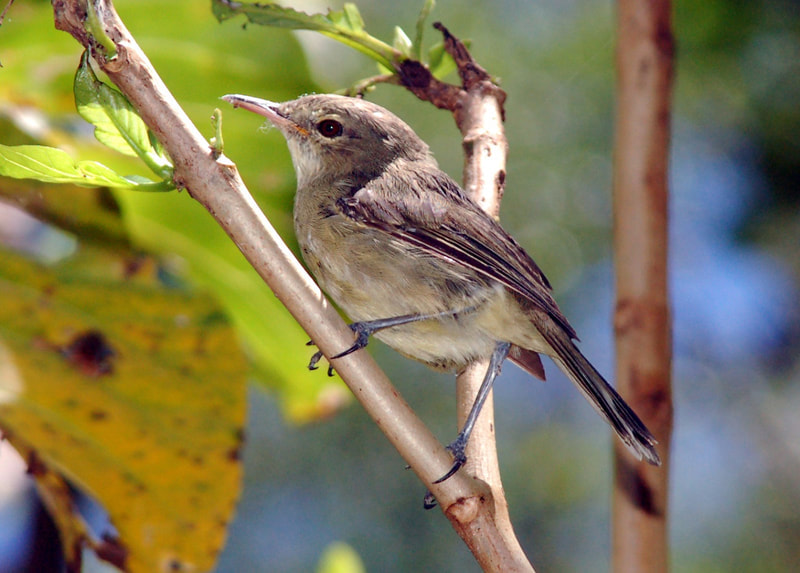 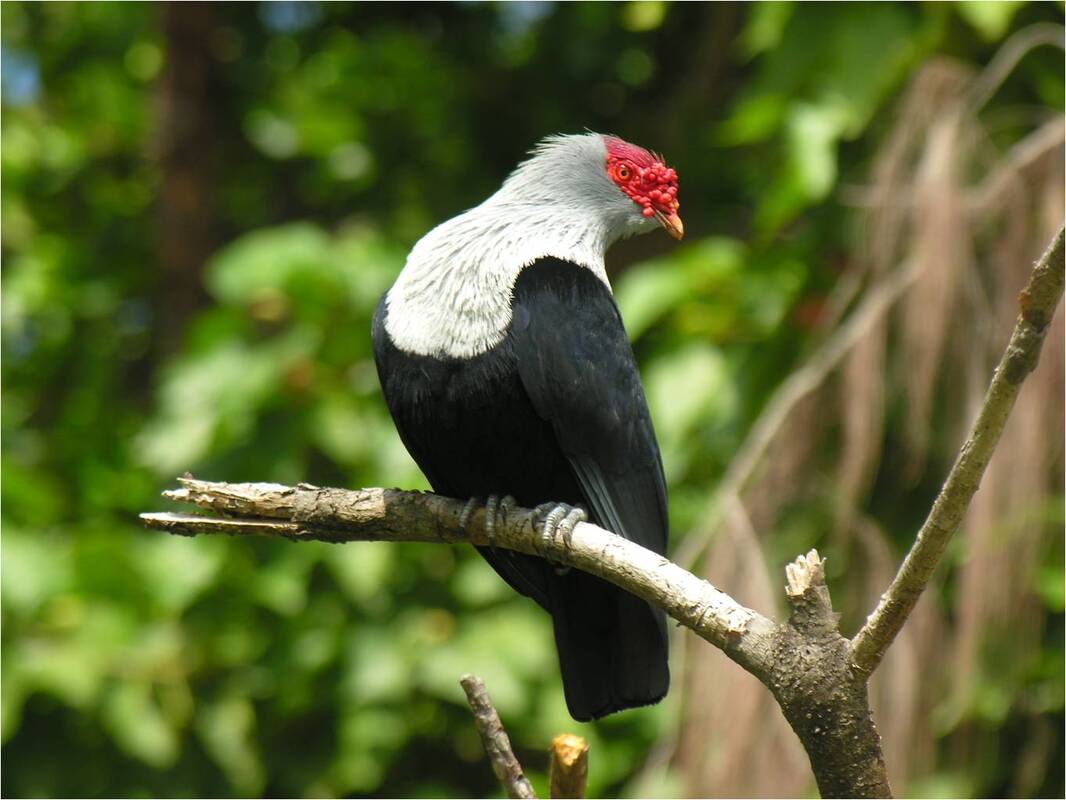 Seychelles Blue Pigeon Alectroenas pulcherrimus can be seen in trees, especially on the Aride plateau (it is never seen on the ground). It was once exploited as a food source, becoming extinct on many islands including Aride. However, following the end of exploitation birds recolonised by natural means.

DID YOU KNOW?
Habitat conservation is vital to the survival of blue pigeons, because they have muscular gizzards to break down seeds and aid digestion. This means unlike other pigeons, their droppings contain no viable seeds. 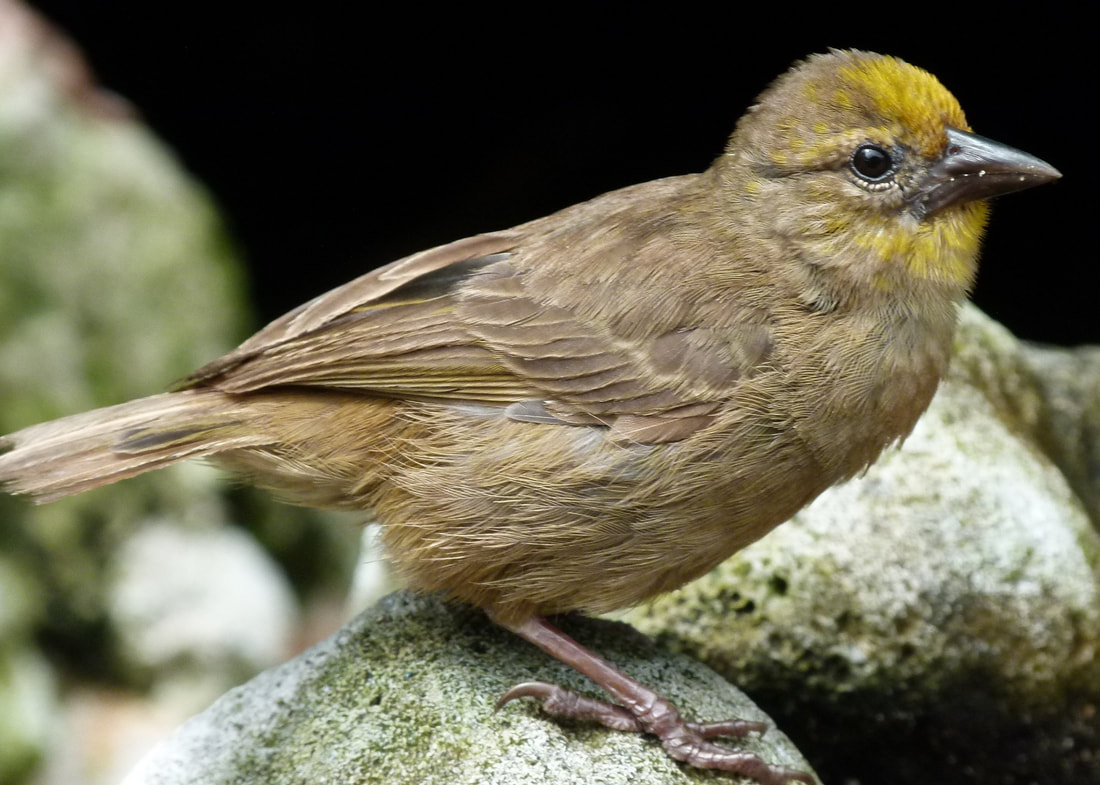 Seychelles Fody Foudia sechellarum or Toktok is a small dumpy endemic weaver, found only on Aride and a few other islands of the granitics. It was probably originally a forest species, but with a catholic diet it has few habitat constraints and readily comes into houses. It is often found in groups of 10 or more, but it is not as highly gregarious as the Madagascar Fody. 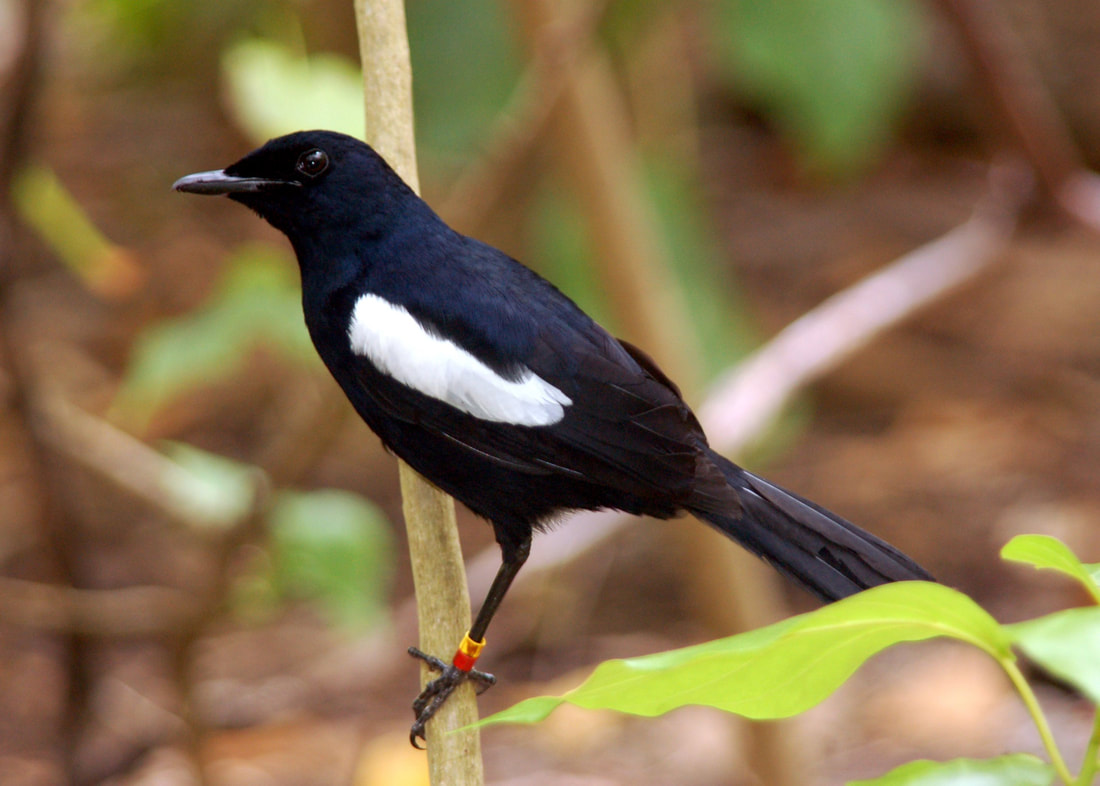 Seychelles Magpie-robin Copsychus sechellarum was once one of the rarest birds in the world and almost exterminated since human settlement of Seychelles. Its tame demeanour and habit of feeding on the ground makes it highly vulnerable to introduced predators. Attempts to re-establish populations on islands other than Frégate began earlier in April 1978, when birds were transferred to Aride. However, by October 1980, only one survived which lived on for a further eight years. Subsequent translocations in the 1990s also failed to bring any breeding success, disease problems and poor translocation techniques being implicated.  In 2002, fifteen birds were transferred to Aride and after an initial decline in numbers, the population rose, but numbers have continued to fluctuate.

DID YOU KNOW?
Seychelles Magpie-robin was eradicated from Aride in the 1930s following the introduction of cats, but now with cats removed, it has been translocated back to the island. Though numbers are low, it is commonly seen on the Aride plateau. 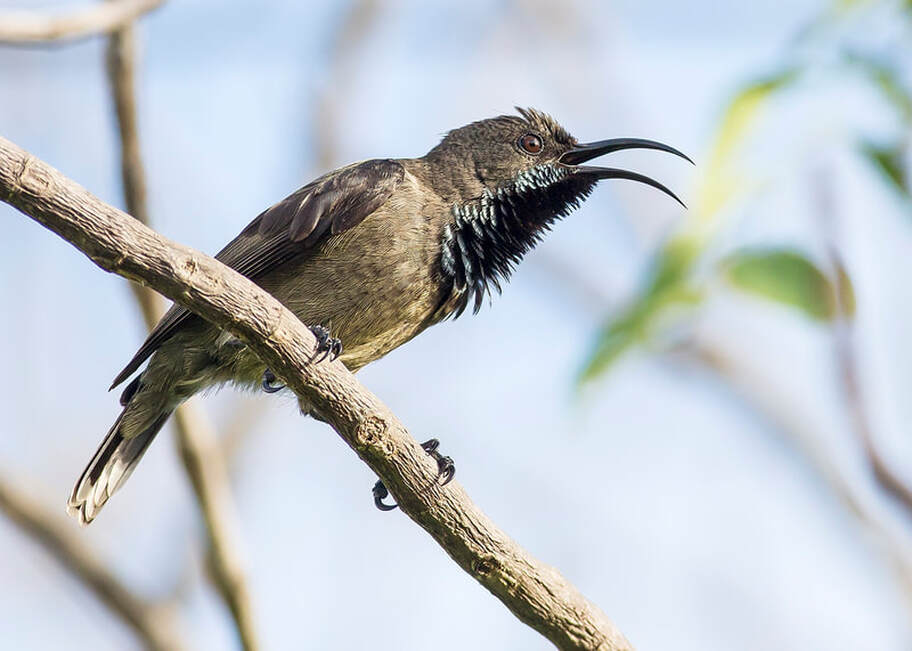 Seychelles Sunbird Nectarinia dussumieri is a small highly active bird, that flits from tree to tree. Although rather dull coloured compared to their continental cousins in neighbouring Africa, the males have bright orange or yellow pectoral tufts and a dark blue iridescence on the head and throat. The female is somewhat smaller and duller.

DID YOU KNOW?
Seychelles Sunbirds disappeared from Aride during plantation days when the island was cleared of most trees. However, with the regeneration of vegetation, birds naturally recolonised the island. (Photo: © Charlene Edwards). 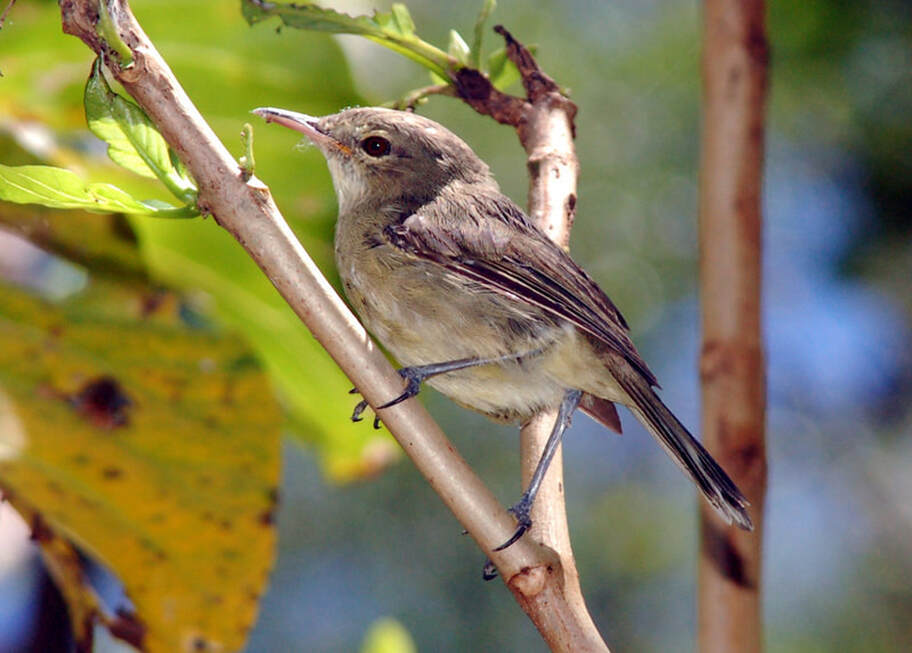 Seychelles Warbler Acrocephalus sechellensis is a small unobtrusive pale brown warbler often heard before it is seen, giving away its presence with a melodious whistle. Birds move actively through vegetation feeding on invertebrates picked from the underside of leaves.

DID YOU KNOW?
Seychelles Warbler was once confined to Cousin, where the population declined to just 29. Birds have subsequently been successfully translocated to several islands including Aride, which now has the world’s largest population, with well over 2,000 birds.

Click the images below to learn more about each species. 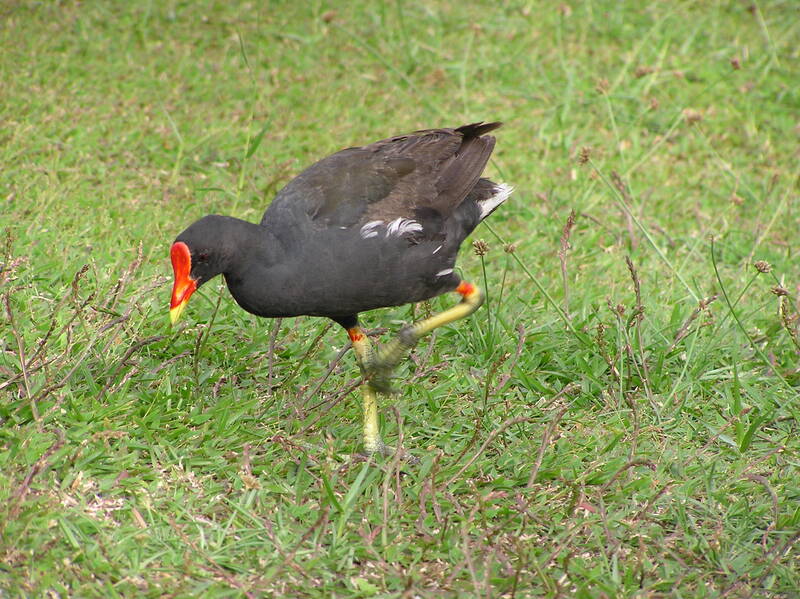 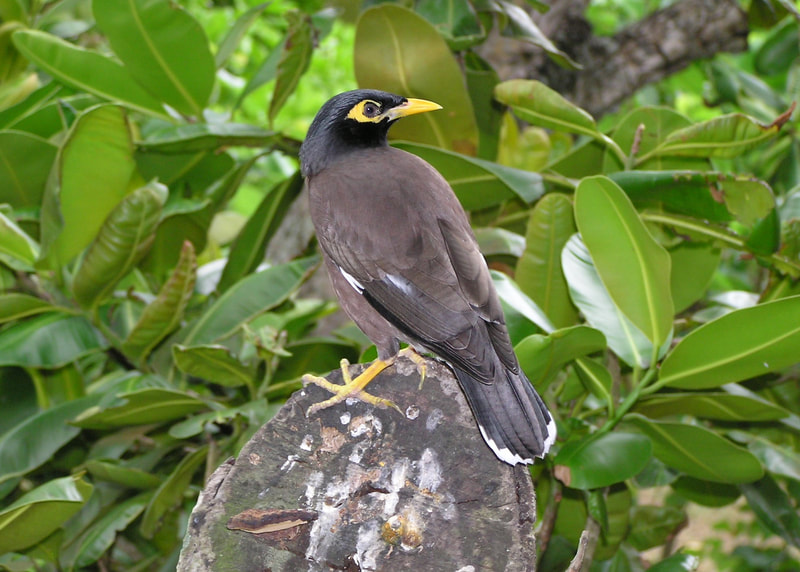 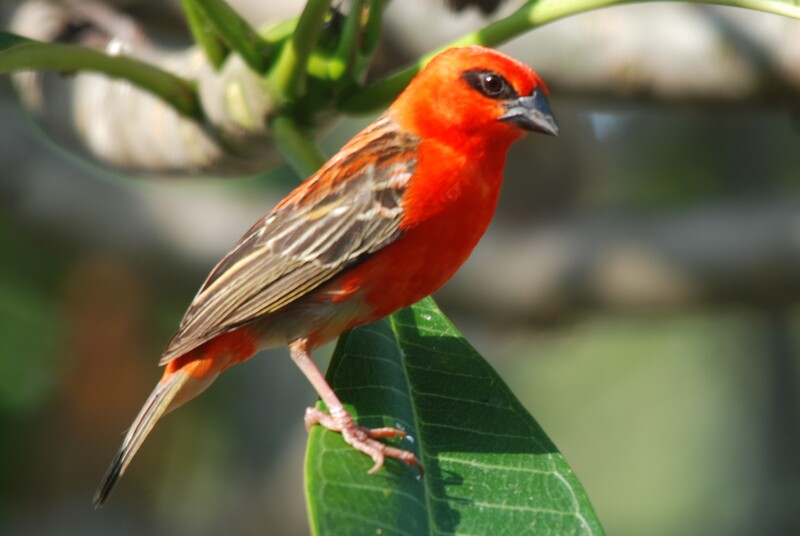 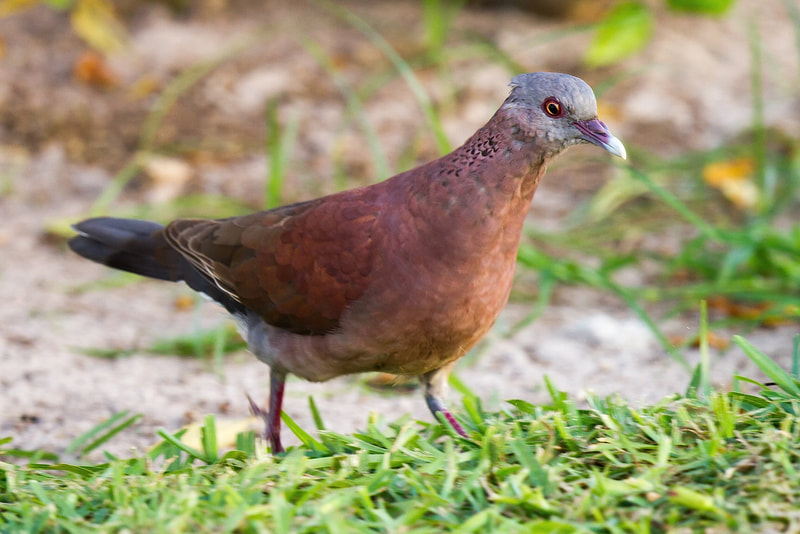