There are about 7,000 extant species of echinoderm and a further 13,000 extinct forms. They are found from shallow intertidal zones to abyssal depths. They include starfish, brittle stars, sea urchins and sea cucumbers. Click below to learn more about each species. 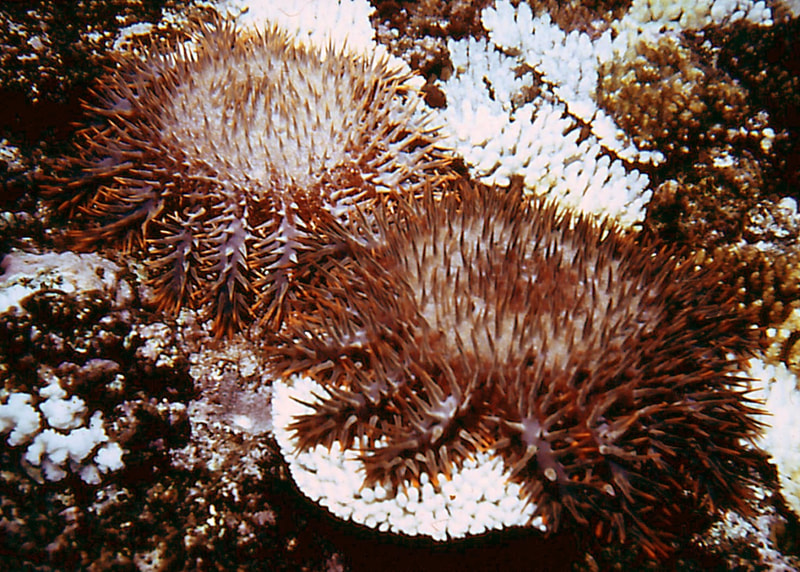 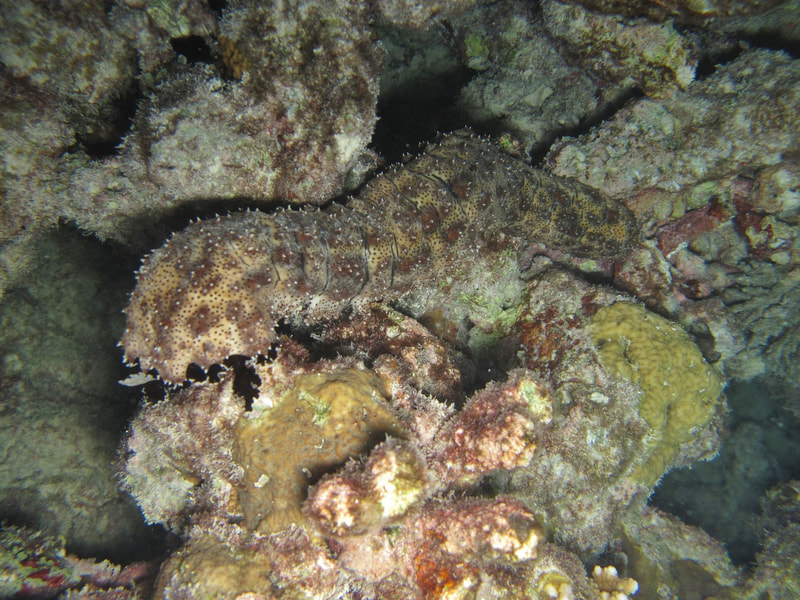 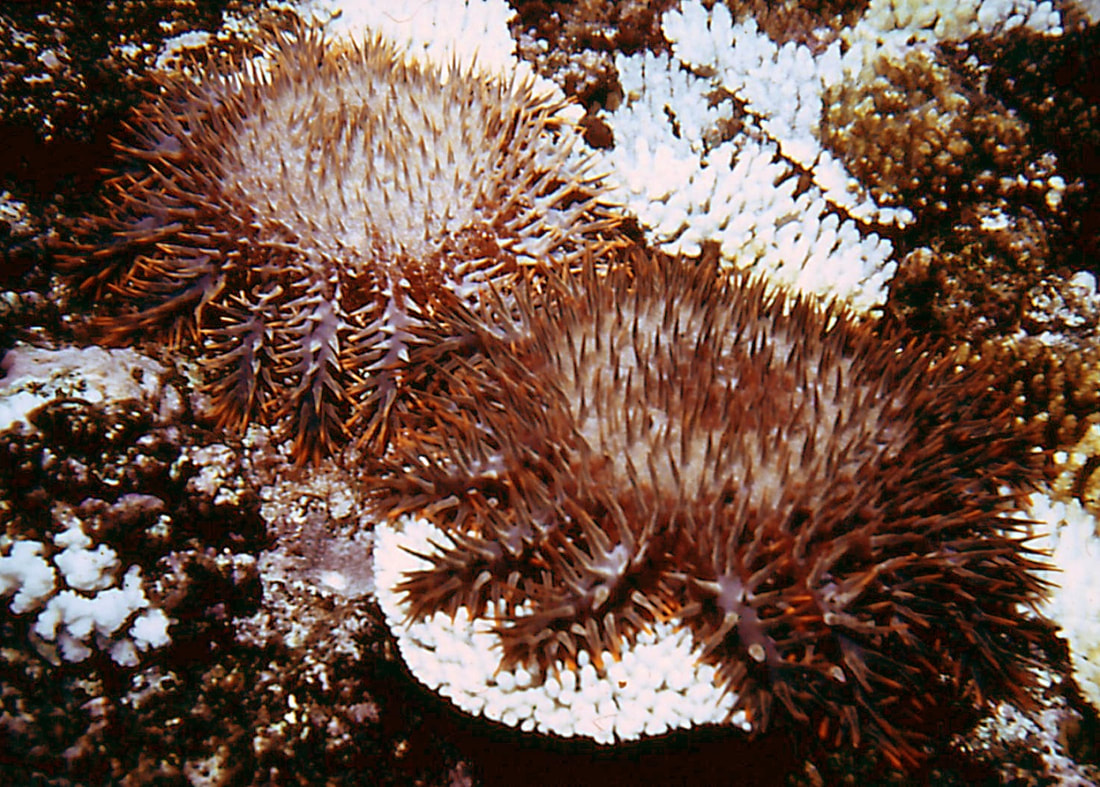 Starfish or sea stars are star-shaped echinoderms. About 1,500 species of starfish occur worldwide, from the tropics to polar regions and from the intertidal zone down to abyssal depths of 6,000 m. Starfish are marine invertebrates, typically with a central disc and five arms, though some species have more arms. The upper surface may be smooth, granular or spiny, covered with overlapping plates. Many species are bright red or orange, while others are blue, grey or brown. They have tube feet and a mouth at the centre of the lower surface. They feed mainly on benthic invertebrates. They have complex life cycles and can reproduce both sexually and asexually. Most can regenerate damaged parts or lost arms and can shed arms as a means of defence.

Crown-of-Thorns Starfish Acanthaster planci (pictured above) is a voracious predator of coral throughout the Indo-Pacific region and considered to be one of the world's 100 worst invasive species. (JSLUCAS75, CC BY-SA 3.0,  via Wikimedia Commons). 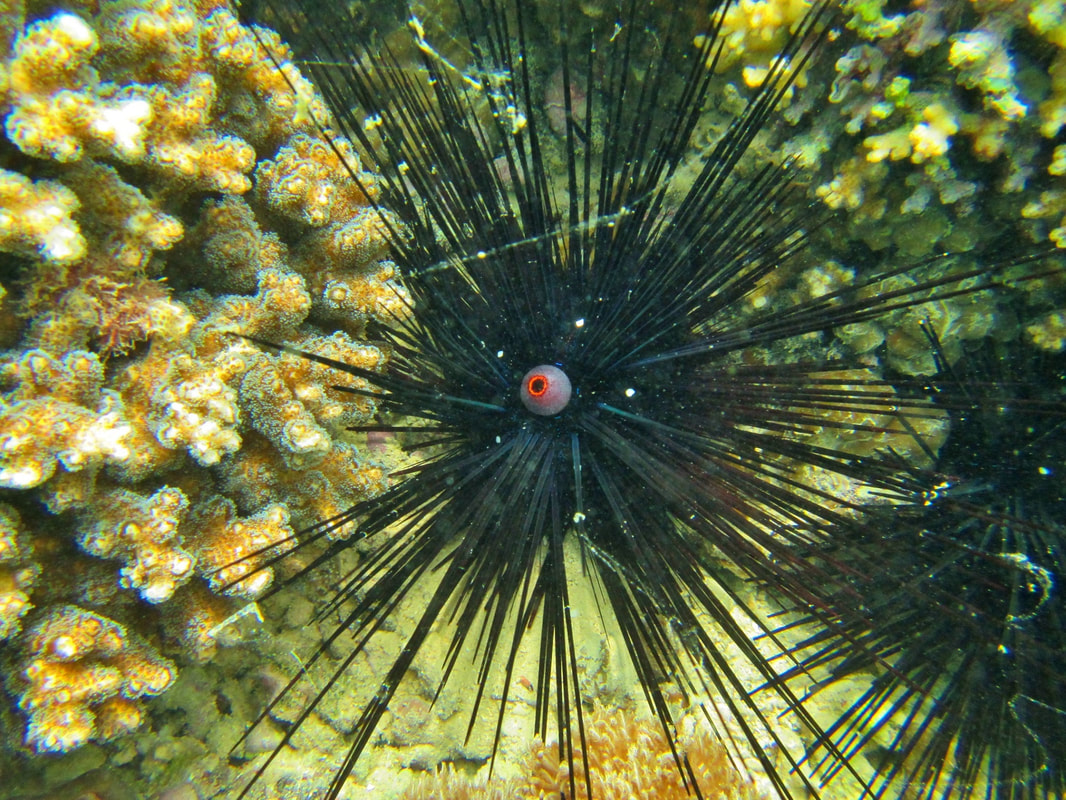 Sea Urchins are mainly spiny, rounded animals ranging from 3 to 36 cm across. About 950 species live on the seabed, inhabiting all oceans and depths from the intertidal zone to 5,000 m. Their shells are usually covered in spines. Sea urchins move slowly on their tube feet, sometimes pushing themselves along with their spines. They feed mainly on algae but also eat slow-moving or sessile animals. They are widely distributed across all oceans from the tropics to polar regions. Adults are usually well protected against most predators by their strong sharp spines, which can be venomous in some species, but they are preyed upon by lobsters, crabs, triggerfish and other species.

Longspined Sea Urchin Diadema setosum (pictured above) has extremely long, hollow spines that are mildly venomous. It differs from other Diadema in having five, characteristic white dots on its body. This is one common species throughout the Indo-Pacific (Frédéric Ducarme, CC BY-SA 4.0,  via Wikimedia Commons). 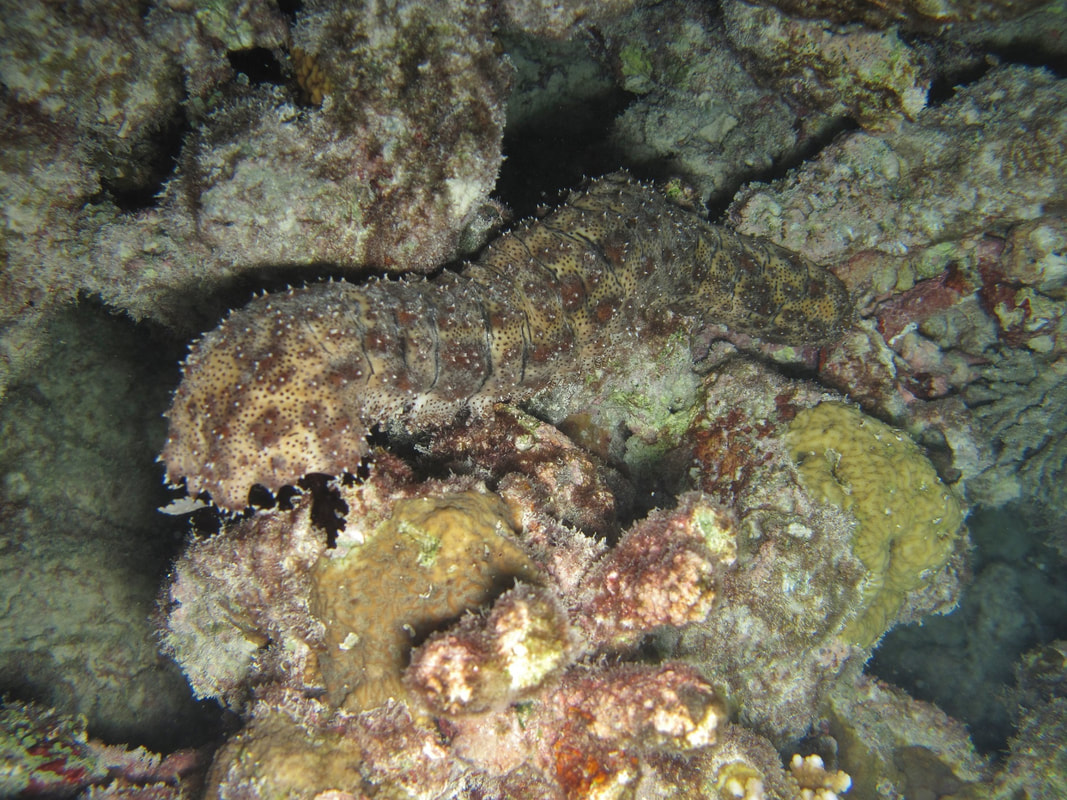 Sea Cucumbers are cucumber-shaped marine animals with a leathery skin and an elongated body containing a single, branched gonad. They are found in all seas, but notably in the tropics, especially the Asian-Pacific region where many are gathered for human consumption. Sea cucumbers serve a useful role in the marine ecosystem in recycling nutrients, breaking down detritus and other organic matter after which bacteria can continue the degradation process.

Graeffe's Sea Cucumber Pearsonothuria graeffei (pictured above) is one of the most common species in Seychelles including at Aride. (Frédéric Ducarme, CC BY-SA 4.0, via Wikimedia Commons).
Licenses: CC BY-SA 3.0,  CC BY-SA 4.0
Return to Marine